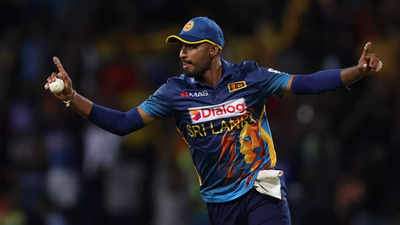 COLOMBO: Sri Lanka Friday named a 20-man squad led by Dasun Shanaka for the Asia Cup Twenty20 tournament starting later this month in the United Arab Emirates.
The tournament was originally scheduled to be held in Sri Lanka, but shifted to the UAE due to political turmoil and the economic crisis in the cricket-crazy island nation.
Sri Lanka has witnessed months of food and fuel shortages, blackouts and runaway inflation in the wake of its worst financial crisis on record.

Sri Lanka play their opening match against Afghanistan in Dubai on August 27. The final takes place on September 11, also in Dubai.